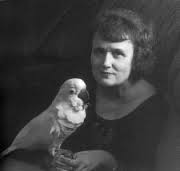 Although I'm not as fond of her more recent work, Mercedes Lackey has been one of my favorite authors for decades. I used to say that I wanted to be her when I grew up. I would still like to be her and have my Korthlundia as well known as her Valdemar. Therefore, it's no surprise that many of my favorite characters come from her novels.

At the con I attended this weekend, one of the other authors claimed she didn't like it when authors tortured their characters. I, on the other hand, have an affinity for the tortured soul, and Lackey knows how to torture her characters with the best of them. 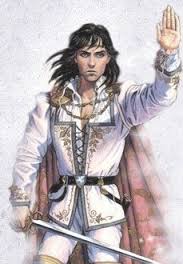 Vanyel from The Last Herald-Mage trilogy is one of those tortured souls that lingers with me despite
the fact that it's been almost two decades since I first read the novels. Vanyel is both gay and a powerful mage who'd rather be a bard. His father rejects him both accounts and makes his childhood a living hell. He falls in love and becomes lifebonded to Tylendel, only to have his lover torn from him when Tylendel goes mad with grief over his brother's death, unleashes a deadly force on the kingdom, and commits suicide. And all that is only in the first half of the first book in the trilogy.

Lackey has much more torture in store for him, but he also becomes powerful, kind, responsible. He is a character I will never forget.  If you haven't read Lackey's work and especially The Last Herald-Mage trilogy, you should really check it out. The books are as good today as when they were written.