Just like last year, more than FIFTY AUTHORS of fantasy and paranormal books are giving away books and swag. Hope you’re ready to start clicking and start winning because the Rafflecopters await!

Included in the giveaway is my very own, The Goddess's Choice. 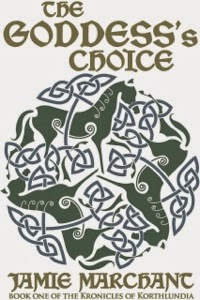 The crown princess Samantha fears she’s mad; no one but she sees colors glowing around people. The peasant Robrek Angusstamm believes he’s a demon; animals speak to him, and his healing powers far outstrip those of his village’s priests. Despite their fears, their combined powers make them the goddess’s choice to rule the kingdom of Korthlundia.

In my sword and sorcery novel, The Goddess’s Choice, Samantha’s ability enables her to discern a person’s character through their multi-colored aura, and Robrek’s makes him the strongest healer the kingdom has seen in centuries. But their gifts also endanger their lives. Royals scheme to usurp the throne by marrying or killing Samantha, and priests plot to burn Robrek at the stake. Robrek escapes the priests only to be captured by Samantha’s arch-enemy, Duke Argblutal; Argblutal intends to force the princess to marry him by exploiting Robrek’s powers. To save their own lives and stop the realm from sinking into civil war, Robrek and Samantha must consolidate their powers and unite the people behind them.

The Goddess’s Choice  is based on a Norwegian fairy tale, “The Princess and the Glass Hill.” Though my favorite fairy tale as a child, it disturbed me that the female character has no name and no role other than being handed off as a prize. My novel remakes the crown princess of Korthlundia into a strong heroine who is every bit as likely to be the rescuer as the one rescued.

In order to ensure you get a book you will love, we have divided our prizes into two groups—adult books and YA books. Feel free to enter either giveaway or both. J

Giveaway runs until October 31st...plenty of time to get all your entries in...


Make some new author friends and see what they’ve been up to…they may have written your next favorite book. J


Good luck to everyone and thanks for entering!
Posted by Unknown at 6:34 AM No comments: