5 Ways of Presenting Characters to Your Reader: Character as Image

For me, I have to care about a character before I care about what happens to him/her. If I don't have an emotional response to a character, the plot if boring to me no matter what else it may have going for it. So for me, character creation is the key to fiction. If an author gives me characters I love or love to hate, I can forgive a lot of other weaknesses or shortcomings in their work. 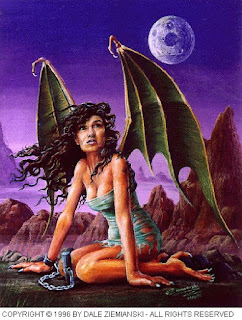 This week, I'm starting a discussion of five ways that a writer has of presenting his/her characters to the reader. The first of these is presenting character as Image. Image is using description in any way that evokes the senses.

What does your character look like? The emerald green brilliance of Robrek's eyes.

What does she smell like? The scent of cinnamon that lingers in Samantha's hair from her shampoo.

How does he sound? Father Shylah's raspy voice that reminds one of a gelded goat.

What does your character feel in terms of sensation, not emotion? The smoothness of silk against her skin.

What does she taste like? Or what do things taste like to her? The sticky sweetness of the fruit preserves. 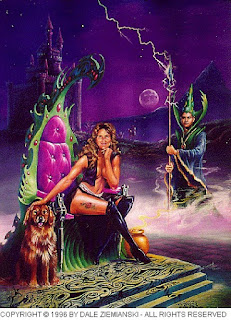 Talk about your character's appearance. Robrek has skin as dark as night or of demons. Tell the reader how she dresses. Samantha's favorite color is green, which brings out the whiteness of her skin and the freckles the speckle her nose. Give your character vivid mannerism or gestures. Lord Dylan has a tendency to curl his fingernails into his palms to hide the paint he forgot to clean out from under his nails. Talk about the objects they carry. Blaine always has his hands full of lists.

Also, a character’s surroundings can tell us a lot about a character. Fergal, Leigh’s father, owes a house that reeks of new money. When Leigh approaches after being a way for some time, he notes:

While most of the houses in the neighborhood had the quiet dignity of old money, his father’s had the gaudy opulence of newly acquired wealth. It was blindingly white and trimmed in swirling gold and silver designs interspersed with stained glass in every shade of the rainbow. Gilded statuary and marbled fountains littered the space between bushes and trees, which had been trimmed into geometric shapes, along with flowers in beds so precisely spaced they looked unnatural.

Leigh had allowed no sign of his parents’ wealth and bad taste to penetrate his sanctuary. The walls were a plain brown. The wooden star of Sulis hanging over his bed was their only decoration. Besides the bed, there was only a chest for his clothes, a desk, and bookshelf.

From that description alone, the reader knows quite a bit about Fergal and Leigh.

Don’t neglect senses other than sight. Scent can be particularly powerful.

While image is crucial in presenting character, you still need to be careful about going too far. Don’t describe everything in exhaustive detail. A full page description of your character’s outfit will quickly become tedious. Instead, focus on telling details that help to reveal the inner being of your characters.

The image is one of the most crucial tools we writers have of letting our readers know our characters. Don’t forget your senses when you evoke character.

Comment on an author you think uses image particularly well in bringing her/his characters to life.
Posted by Unknown at 3:00 AM