Here's the blurb for The Goddess's Choice along with my niece cool design again. 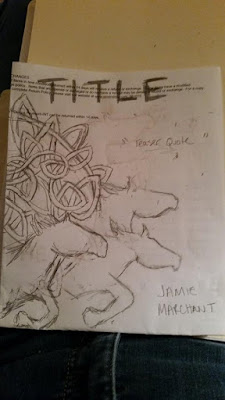 The crown princess Samantha fears she’s mad; no one but she sees colors glowing around people. The peasant Robrek Angusstamm believes he’s a demon; animals speak to him, and his healing powers far outstrip those of his village’s priests. Despite their fears, their combined powers make them the goddess’s choice to rule the kingdom of Korthlundia. Samantha’s ability enables her to discern a person’s character through their multi-colored aura, and Robrek’s makes him the strongest healer the kingdom has seen in centuries. But their gifts also endanger their lives. Royals scheme to usurp the throne by marrying or killing Samantha, and priests plot to burn Robrek at the stake. Robrek escapes the priests only to be captured by Samantha’s arch-enemy, Duke Argblutal; Argblutal intends to force the princess to marry him by exploiting Robrek’s powers. To save their own lives and stop the realm from sinking into civil war, Robrek and Samantha must consolidate their powers and unite the people behind them.

If you've read The Goddess's Choice, tell me what you think in the comments. Anything you noticed that I should fix for the expanded edition?
Posted by Unknown at 4:00 AM