Welcome my guest today, author Lisa Colodny. Be sure to comment below. I love to hear your opinions. Also, remember that every comment on my blog between now and May enters you into a contest to win either a signed print or ecopy of The Bull Riding Witch. To make the contest sweeter, I'm adding a $25 Amazon gift card to the pot of prizes. 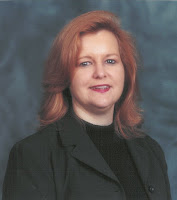 Lisa Robin Phillips Colodny was born and grew up in the rural countryside of Kentucky. She attended the University of Kentucky and Broward College in Fort Lauderdale, graduated with a Doctorate in Pharmacy from Nova Southeastern University in 1994 and later obtained an MBA in 2004. Her non fiction publishing history includes approximately 34 publications in the health and science industry and 5 book contributions (also medical). Additionally, she's been interviewed for 15 television programs or newspaper articles and participated in over 50 healthcare related speaking events. Fiction publishing history includes a short story publication (My Name is Edith) for the Broward College newspaper and an X-files story (H2O)that appeared in a magazine entitled to the Fullest X tent in 1997. In 2014 the fictional story The Town Time Forgot was published and is currently still available. In 2015 she published a children’s story, Ms Abrams Everything Garden, which received the Purple Dragonfly award in June 2016 from Five Star Publications. Current projects include a second children’s story, Jericho Alley, which focus on the homeless and "Yellow River Pledge" (a fictional piece currently being edited). A third novel, Sanctuary Road, is currently in the works as is another children’s story.

I don’t ever really remember actually deciding I wanted to write. I’ve always loved to write whether it was summarizing the daily events of The Young and the Restless or writing short stories about growing up with my cousins. When I was a sophomore in high school, I made an active decision to actually pen a fictional story. It wasn’t very good, but I did enjoy writing it. Years later when I wrote Town Time Forgot, I used several “scenes” from that story of so long ago.
I read Rebecca by Daphne DuMaurier when I was much younger, and it blew my mind to find out how much the new husband of the main character actually hated and despised his deceased first wife.  I enjoy Janice Holt Giles method of telling a story and how authentic her characters are. All of her books are on my list. Years ago during my divorce, I could swear Elizabeth Berg was bugging my house because so much of what was going on with her character, I was able to relate to. I love all kinds of books, historical, fictional, Xfiles, and paranormal phenomenon.
Town Time Forgot is centered around a male NY city police detective and a female US Marshall who are thrown together to transport a somewhat notorious criminal from NYC to Washington state. In route, they are intercepted and the prisoner taken by force. Injured and left for dead, aid is rendered by a farmer and his wife. When things settle, they’ve been transported back in time to 1869 Nebraska. It’s  a long story with three distinct sections settling into life in 1869, returning to present time, and then escaping the killer who was followed them home. I was very pleased with the 4/4 stars it received from onlinebookclub.org.
That’s kind of like asking you to pick a favorite child. All of the women in my stories are strong, even when their world is falling down around them. Since Devon McKenzie was my first, I’d have to say she’s my favorite. I like that she’s strong when she needs to be, yet weak (almost child –like) at other times. My favorite trait of hers is that she never gives up on herself or those she cares about.
I have a Doctorate in Pharmacy and an MBA. I work in a within the pharmacy of a community hospital. When I’m not at work, I’m working with my daughter’s Girl Scout troop or the Youth groups at church.
Last year, I published a children’s book, Ms Abrams’ Everything Garden, which won the Purple Dragonfly Award from Five Star Publications. I have a second children’s book, Jericho Alley, which is with the Illustrator right now and another fictional story, Yellow River Pledge, that’s being edited. Currently, I’m in the very early chapters of a third fictional story, Sanctuary Road and penned some note for another children’s story. I hope to find more time in 2017 to write.
Where can we find you online?
Blog: http://sbprabooks.com/lisacolodny
Website: http://www.lisacolodny.com/
Facebook: /lisa.colodny.5
Twitter: @colodny_lisa
Amazon: amazon.com/author/lisacolodny

York City, as U.S. Marshal Devon McKenzie and NYC Detective Chris Gates are transporting a well-known prisoner along the interstate. The two have never gotten along and are squabbling as usual when their prisoner is forcefully removed from their custody. Their vehicle is wrecked and the officers are injured. This all happens on a night when the Aurora Borealis is at its brightest. Devon and Chris spend the next three days surviving in an isolated wilderness area. When they come upon a farmer, they discover they’ve been transported back in time to 1869 Nebraska. Devon and Chris are assumed to be a married couple, so they play along until they can figure out how to get back to their own time. Three months pass and the two fall in love, but will they spend the rest of their lives in the past – or will they make it home – with their romance intact? Travel back with them to The Town Time Forgot.

Devon supposed she could just tell them the truth. It would only take a few minutes to explain how she and Gates were pretending to be married and playing roles and everything else that went along with it. She bit her lip to distract herself from the tears welling in her eyes. It might actually be a relief to admit how awkwardly she felt, especially when Thomas Hayden Junior was nearby. Devon was used to being in control, especially when it came to her emotions. But here, everything was out of order. She was uncharacteristically not in control and it frightened her.

She couldn’t bring herself to respond to them truthfully. Instead, she wiped at the tears that ran quickly down her cheek.

Mrs. Ennis moved closer to Devon. “Honey, what’s this about?”

“I can’t do this anymore, I’m sorry.” She wiped at her tears. “I’m so scared, and I can’t keep pretending like I’m not. I’m afraid all the time, and I hate the way it makes me feel.” The tears fell more freely now, and she fought to get the words out. “I want the life I had before—I want it all back. And I don’t know how to get any of it back.” She turned and fled to the guesthouse, letting the back door of the Ennis’s kitchen snap loudly back into place.

Mr. and Mrs. Ennis stood quietly looking at the door as she let it shut behind her. Gabriel picked up the lunch buckets that Mrs. Ennis had prepared for him and Gates. “I don’t understand what this is all about. What’s wrong with her? Is she having second thoughts about being married?”

“I don’t know Gabriel. Maybe, or it could be something else. She’s been through a lot the last few days. “

“Just let her settle down and I’ll talk to her.” She kissed him on his cheek and ushered him out the door.

As he approached the field, he could see Gates with his jacket off and hat pulled down tight against his head. He had attached the plow to his horse and was plowing an irrigation ditch through the field from end to end by the river. Gates was pushing the animal with such intensity that Gabriel knew what was on his mind. Gates waved to Gabriel as he hitched his horse to the closest tree. Gabriel held up the lunch pail and indicated for Gates to join him. Gates pulled the horse to a stop and walked toward him.

Gates pointed to where the horse was standing by the plow. “It can’t be time for lunch already.” He looked up to the sky as if to validate his statement about the earliness of the hour.

“Edith sent you some breakfast in with lunch; you left so early this morning.” He leaned against a tree, its bark thick and uneven. “You okay? Devon mentioned that there was some trouble in town last night.”

Gates sat down on the cool ground and peeked into the pail, pulling out an egg sandwich. “What did she say?” he asked, stuffing an edge of the sandwich in his mouth.

Gabriel pulled out a knot of twisted tobacco leaf and bit off a piece. He chewed roughly on the knot then spat. “She said something happened with Thomas Junior and that y’all left town early.”


If you like what you've read, comment below. Her book can be purchased at the following link: