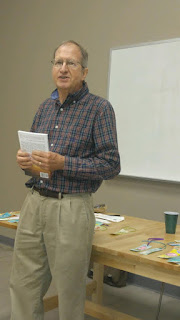 Robert Ongley was born in 1949 in Pennsylvania. The family lived in far upstate New York, followed by Niagara Falls, NY, then rural Pennsylvania again. As soon as he was able to write, he was writing fiction. In 1972, he took a job as a sportswriter for a weekly newspaper.

In 1973 and 1974, he traveled around the USA, working as needed to keep going. When his car gave out, he hitchhiked. Great people and great adventures enriched his life. The journey took him to Santa Barbara, where he lived for over 20 years. Writing was secondary to jobs, business, marriage, raising children and spiritual life. He did find time to write sports for another newspaper plus comedy screenplays, radio plays, a book of humor and some comic strips with a friend and collaborator.

He wrote many songs during those years as well as a few solo short stories, a self-published baseball slang dictionary, a novella and a novel. When he lost his job in 2012, the way was opened to write more and market some of his unsold material. His novel From The Beginning was self-published as an e-book in 2013 as he worked on a second novel that has since been published. Now living in Tucson, Robert Ongley is enjoying life more than ever.

1. Tell us a little about yourself?

As with many writers, I have had to make my living working at something else. My primary career turned out to be as an insurance adjuster and investigator. This was not at all how I pictured it would be, but it helped my wife and I raise two children and have some of the material things in life we may not otherwise have been able to afford. From the writing perspective, however, it had an unexpected benefit. I was required to write thousands of reports on the cases I handled. My writing style had been perhaps too verbose and rhetorically ornate. I learned to be more clear and concise as a result of all those reports, so that career served to hone my skills.

2. What made you want to become a writer?

It just happened. As soon as I could write, I started writing stories, and I remember vividly having the thought, “I want to be an author.” It was my purpose.

3. What are your biggest literary influences? Favorite authors and why?

J.R.R Tolkien was a huge influence on my storytelling. Kurt Vonnegut made me want to convey humor in my work. More contemporary authors Raymond E. Feist and Ken Follett have had some influence on my approach to my craft, but my all-time favorite remains John Steinbeck. His gritty stories about real people and real life have touched me deeply.

4. What are you reading at the moment? Would you recommend it to readers of this blog? Why?

Among other things, I am currently reading The Neverending Story. I saw the film when it was released, but I recently found a copy of the book that belongs to my daughter, and I had to check it out. I would definitely recommend it to your readers. It has the charm of C.S. Lewis, the hero's journey of a Tolkien character and imagination as fresh as any tale.

5.  Tell us something about how you write? i.e. are you a plotter or a pantser? Do you have any weird or necessary writing habits or rituals?

I'm a writer who needs structure. Writing on a schedule brings with it comfort and a sense of fulfillment. If I'm writing, all is right with the world. I like targeting, whether it's number of words per day or completion of a section. So, as you might guess, I'm a plotter. I make the outline and connect the dots, although I am always open to allowing spontaneous creativity to take over whenever a new idea presents itself. In From The Beginning, once the spiritual being found Planet Earth and decided to be born into a body, I knew I wanted to create its entire lifetime. Born the year after my birth, Joe was living the years I had lived and thus his life paralleled mine in many ways—until he reached the future. In any case, I had a clear map to follow...chronologically, at least.

6. Of all the characters you have created, which is your favorite and why?

I totally enjoy creating characters, the quirkier the better. My favorite to date has to be Owen Dooley. He appears in a first-person short story called Pleasantly Insane, part of a collection I'm calling Pleasantly Insane and Other Stories from a Deranged Mind. I have barely started shopping this book around to publishers. I enjoyed this character so much because he knows he has a mental illness, but it is one that makes him appear to fit in perfectly well with those around him.

7. What else would you like readers to know about you or your work?

As a youth, I struggled with being disciplined enough to write consistently and to finish what I started. After marrying and starting a family, I was too busy making a living to pursue a writing career. But I kept my hand in one way or another, involving myself in some kind of writing project, until I couldn't stand living without authoring a novel. I started From The Beginning by dictating it into a cassette recorder while driving on long work-related road trips. I wrote 150 pages that way. It took over 10 years to complete with all the lapses and gaps when I wasn't working on it. I finally reached a time in my life when I could write daily, on schedule. Since then, I self-published From The Beginning, followed by a short story and a book of humor. Then a publisher accepted my most recent novel, Boundless Trust, and it is in print. A real dream come true. The point is to never give up. Intention, persistence and perseverance will carry you to your goals.
8. Where can we find you online?
Blog:http://www.robertongley.com/sample-page/blog/
Website: http://www.robertongley.com/
Facebook: https://www.facebook.com/profile.php?id=100012446344517
Amazon: https://www.amazon.com/gp/profile/A3KAN6NUSDR47V?ie=UTF8&ref_=sv_ys_4
Linked In: https://www.linkedin.com/in/bo-ongley-7166a157?trk=nav_responsive_tab_profile

A spiritual being who has always existed outside the material universe makes a decision to experience this universe of matter and space from the inside. After touring around without physical form through the innumerable wondrous phenomena of this plane, the being happens upon Planet Earth. Observing the poor state of relations among those in the human race, the being makes it a quest to raise the level of understanding between people around the globe. This novel then follows the entire life of this being, born into a regular family in a small American town. Knowing where he came from and his complete purpose for being here, Joe faces the challenges of human life from a unique perspective. With the love of his life, his music and an adventurous spirit, he pursues his altruistic goals for the good of humanity. His remarkable journey from 1950 to present and into the future is nostalgic, provocative and perhaps foretelling.

Life unencumbered by body or form or any other physical limitation. This is spirit. This is being with serenity and nothing more until decision. In the void, there had been no problems, no goals. There were no objectives, no disappointments, no triumphs. There was no physical beauty, no ugliness. There was, however, a perfect peace and the simple joy of being. At the moment of decision, all of this was at risk, although the entity had no misgiving and certainly no fear of the future it had just created.
The being knew of the physical universe, much as those in the physical universe know of the spiritual without any actual evidence of it. Finding the way in was no problem. That was simply the decision, more specifically the decision to locate oneself in space. And so it was that the being first assumed a viewpoint in space.
Akin to a slow-burning candle, the spiritual being new to the physical universe was in no hurry to partake of the action as a player. It located itself in a region of deep space light years from the nearest star.
Time passed, galaxies floated slowly through the vast expanse viewed by the being and the twinkling alone was all the action the being needed. To look, to simply perceive was plenty of action for a life unit whose serene existence was the usual and the everlasting.
It is irrelevant to count the years that passed while the being simply viewed this sector of the universe without so much as one change in location. Life in the universe was good and the being was filled with rapture.
Eventually, however, another decision followed.  The being never ceased to be amazed by the movement of celestial bodies throughout its sector. This creation was a sheer masterstroke. Thus the being decided to take part in the wonder of change and motion. It willed itself to start in the direction of the brightest star in its 360-degree view. But nothing happened—no change, no motion. The being was patient. There was no hurry, but it simply could not understand this inability to do.
It was after the array of stars in sight had completely rotated through its usual pattern several times that the being came to realize its mistake. Assumption of viewpoint was not what it appeared to be. It was an illusion of location. The being was not part of space. It simply viewed space and everything in it.
With that realization, the being pushed the universe away from itself and suddenly realized it was viewing now from the very edge of the universe, the ever-expanding universe, and was looking at the nearest cluster of stars growing smaller and smaller as the outer wall of space moved further and further from the stars.
It was then that the being felt its own view expanding with the growing universe in complete synchronization. The sound was all-pervasive, the sound of the creation of the universe. It was a multi-harmonic roar that never ceased. Then, with admiration of the splendor of it all, the being heard in it a chord of infinite depth. It was a celestial wonder, perhaps the voice of God.

If the above interests you, the book can be found on Amazon: