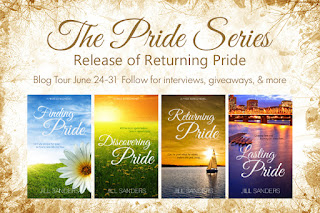 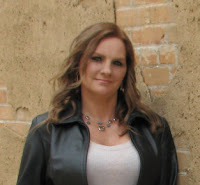 Jill Sanders survived 80's pop music, and life as an identical twin in a chaotic family of nine.  A feat by any standard!  She was born and raised in the Pacific Northwest, relocating to Colorado for college and a successful IT career at IBM in Boulder.

Narrowly escaping before all creativity was squashed, she jumped at the chance to trade the mundane world of computers for the sexy, exciting world of her own imagination.  She now lives in charming rural Texas writing wonderful novels such as the Pride series.

Her debut novel, Finding Pride, was shortlisted in the Amazon Breakthrough Novel Awards 2013, and has received glowing industry and reader reviews from around the world.  Her latest release is Discovering Pride. Yet another novel, Returning Pride, is slated for July 2013.

Everything seems to be going Iian's way, he has a successful restaurant, a beautiful home, family, and friends. He's even overcome the loss of his hearing, but why does he still feel like something is missing?

Allison has worked hard to make a name for herself in the art world; now all she wants is peace and quiet to work on her passion. But, with her mother overtaken by illness, she has less time than ever. When everything is stripped away in one tragic blow, and she's being stalked by a mad-man, she'll need the help of her hometown and an old flame, to turn everything around and find what she's been looking for.