Prepping on a Budget by Zombie Response Team

Worried about Zombies, but don't have a lot of money? Zombie Response Team gives you some good advice on how to be prepared. Read the excerpt below. 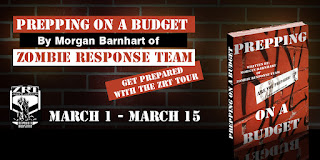 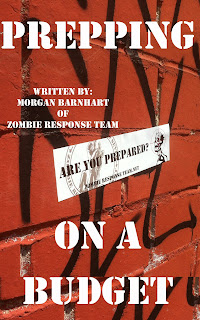 First of all, there is no right or wrong way to prepare or pack up your bug out bag(s), don't let anyone try to intimidate you or make you feel bad for having something that isn't a certain brand. Everyone will have their personal preferences and unfortunately, when you don't have a whole lot of disposable income to throw around, those personal preferences become slightly diminished as you'll have to compromise until you're able to get what you really want.

Before buying anything for your bug out bag or general preparation, make lists. Lists will keep you grounded and will remind you what you really NEED instead of what you WANT. There is a difference between NEED and WANT and making lists will help you identify what is necessary and what isn't. Modify those lists on a consistent basis.

Then shop around. Don't buy the first thing that you find because you think it's a good deal or 'it's the last one'. You must have the mindset of a bargain shopper when you don't have a whole lot of money to
throw around. Make a list of places (online or offline) where you've found an item and then go back to
those places and compare.

Now that we have that out of the way...

Book Blurb:
Many Zombie Response Team members don't have a whole lot of disposable income, which is what inspired ZRT to release this free eBook for every prepper out there who feels out of the loop or uncertain about their gear or education because they can't afford "the best." This eBook goes into detail about where you can find cheap, yet reliable, gear. It also goes over how to find FREE education. You don't need to have thousands of dollars to be a prepper, you just need what's going to work for YOU, including what will work for your budget.

How do we accomplish this?

By banning together to create the biggest enterprise of individuals ready to fight against the undead, as well as help to educate others. We didn't create this community just for the fun of it.  We created it because we truly believe in the power of many. When the zombie apocalypse hits, we're going to need to have allies across the world in order to survive. And before the zombie apocalypse, we'll need to ban together to educate those around us about how to be prepared for the impending apocalypse.
We can't do this alone. We hope you'll join us in this mission to assist others in the preparation of the zombie apocalypse.