This my third installment in my series about Urban Fantasy, an anthology of great stories published by KY Story. Today, I'm featuring Rebecca Daff, author of "Virtually Living." The anthology is available on Amazon and Createspace. If you enjoy the excerpt of Rebecca's story, be sure to comment and check out the whole anthology. 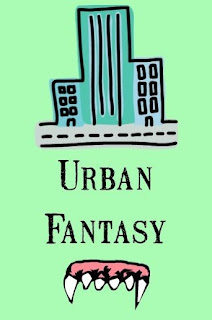 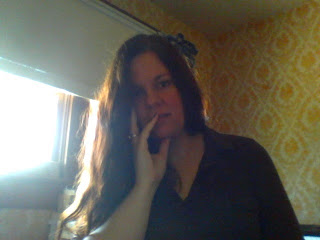 Tell us a little about yourself?

I grew up in a small town in Kentucky, and I attended Catholic school with my four siblings. But it wasn’t until my first year of public school that I engaged in writing fiction. I don’t know how I ever lived without it!

I did some creative writing for the first time in my sixth grade English class. The act of creating my own characters and worlds felt so natural. It was then that I knew I wanted to write stories for a living.

Why Urban Fantasy? What about this genre appeals to you?

Fantasy, in general, appeals to me. I love writing about subject matter far outside the norm—the extreme “what if”s."

Could you tell us a bit about your story?

“Virtually Living” is about a woman obsessed with a life-simulation game. She completely immerses herself in a fictional world, thereby failing to connect to the real one. She gets away with her “absenteeism” until she gets sucked into her computer and is forced to actually live in the program. It’s up to her to find a way to escape or be caught up in a digital world forever.

What gave you the inspiration for your story?

Do you believe the problem described in your story is applicable to today’s society? Why or why not?

Most decidedly so. Most of us are so caught up in technology, we forget what it means to be truly present in our own lives.

Some are caricatures of people I know. Others come from a remote corner of my brain.

The story is written in third person, limited to Doreen. So I’d say she’s my favorite because we experience the tale through her perspective.

What’s your connection to the South?

I live in rural Kentucky.

What else have you published?

Tell us a little about your plans for the future.  Do you have any other stories or books in the works?

I will continue writing short fiction, but I have plans to write novels in the future.

Where can we find you online?

“I am your opus,
I am your valuable,
The pure gold baby

That melts to a shriek.
I turn and burn.
Do not think I underestimate your great concern.”—Sylvia Plath

Doreen watched the computer screen as Viola ate forkfuls of green, steaming nachos. What to do next? There was that cute guy down the street, but would Viola go for him? Were their likes and dislikes compatible enough for them to get married and start a family? Doreen didn’t want her creation to be alone.
“Today will be sunny with temperatures in the low to mid-80s.” Nate London, the local weatherman, grinned at her from the TV, slicing through her concentration. She grabbed the remote off the end table and muted him. His plastered smile never faltered, and he continued to mouth words like “great” and “sunshine” while jabbing at the cities behind him.
Doreen closed her laptop and placed it on the stained cushion next to her. Her bones and joints popped when she stood, but it felt good when she reached her long arms over her head and stretched. Her fingertips almost brushed the small apartment’s ceiling. Readjusting her shirt to cover her slight paunch, she walked to the window to check out Nate’s hype. A thin film of grime covered the mini blinds, and she made a mental note to clean. She pried open a couple of slats with her fingers. What do you know? Nate was right. Outside were blue skies sprinkled with what he called “decorator clouds.”
She wiped her fingers on her jeans, leaving a smudge, and paced the worn blue rug.
I should do something today. People do things on Saturdays. Yard work. Visiting people. But Viola. She’s just about to meet someone who’ll change her life.
She gave her computer one last look before walking to her bedroom to change. Viola would have to wait. For now.
***
Doreen Blevins stared at the screen. The University of Kentucky Wildcats were up 14-7 at the half, and while the commentators were projecting an early season win, she didn’t hold much hope. Her brother, Jacob, handed her a cold soda and sighed, plopping down on the other end of the couch.
“So how’s work?” he asked.
Tapping the can, she shrugged. “It’s work.”
“Nothing new to report?”
“I’m a cashier. I take money.”
“Second half!” Jacob scooted to the edge of the couch, leaning forward, propping his elbows on his knees. “Come on Cats!”
Doreen sat back and opened her soda, the pop and hiss melding with the crowd’s cheers. Jacob turned up the volume.
“Get the chips,” he said.
Once in the kitchen, Doreen opened the cupboard and discovered several bags of snacks. “What kind?” she yelled.
“I don’t care,” Jacob yelled back. “Oh, come on!”
There was some illegal contact on the field.
The choices were overwhelming. Cheese-flavored. Sour cream and onion. Barbeque.
“What kind do you want?”
“Just pick one!”
“Just tell me what kind to get!”
“God! The sour cream and onion!”
“Okay!” Doreen tossed him the bag and sat down.
Jacob muted the TV. “Was it really that hard?” he asked, tearing open the packaging.
“Am I just magically supposed to know what you want?”
“No, but if someone tells you they don’t care, then you just pick something and let them deal with it.”
“Whatever.”
Jacob shook his head, rolling his eyes. “Yeah, whatever.” He sat back and clicked the remote. Whistles and cheers filled the air. Doreen’s thoughts once again returned to Viola’s frozen body awaiting her command.