This my fourth installment in my series about Urban Fantasy, an anthology of great stories published by KY Story. Today, I'm featuring Brian Wamsley, author of "Deadland Patrol." The anthology is available on Amazon and Createspace. If you enjoy the excerpt of Brian's story, be sure to comment and check out the whole anthology. 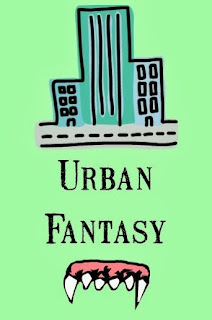 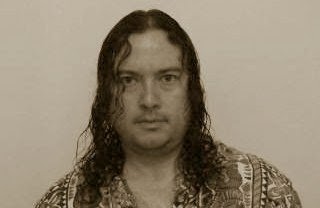 I’m not sure I wanted to at first, but I was in a dark place, and I figured at the time that was my only real shot I had at a dream. When I found out how hard and unpredictable it was as a profession, I kind of liked it because if someone pushes you, you push back. It gave me an envelope to push against. If you only think small, you can hardly expect to get big.

Why Urban Fantasy? What about this genre appeals to you?

I read an anthology from the 1960s, The Fantastic Universe Omnibus. The stories were very surprising. It was the thing that scared me a little, too. Who knows how or where we will end up as a people? Urban Fantasy I guess allows us to feel hope for our species. That’s what I like most about it. You get to have hope in a future.

Could you tell us a bit about your story?

My story is about a street racing accident in the future, but I wanted it to have an element of the human condition. I wanted to show a measure of humanity surviving among people in a sterile, engineered world with controlled environments and behavior. American spirit too. We love fast cars, and our nostalgia for them is self-feeding.

What gave you the inspiration for your story?

My Dad and my uncles. They liked fast cars, and I don’t imagine genetics can water that down much; it seems to show up like a dominant trait. lol

Do you believe an apocalyptic scenario such as the one in your story is likely? Why or why not?

Possible I would say, and also likely because of the nostalgia Americans have for cars, a competitive nature and the love of going fast and competition gambling. It’s an exercise of our liberties.

I think most characters are composites drawn from all the people we know or know of and our own experience. Imagination takes care of the polish and experiences ties it together.

Probably the boy moonshiner in a Leprechaun story I wrote. I like him because he reminds me of how I would probably be if that character were me.

If you’ve read the other stories in the collection, which is your favorite and why?

Of course I have to say my own because it’s true, and if you aren’t a fan of your own work, it may be hard to get other people on board. It’s gotta be good enough to be proud of.

What’s your connection to the South?

I was born and raised in West Virginia, but I have lived and worked in Georgia, Tennessee, South Carolina, Virginia and North Carolina at different times in my life.

Who is your favorite Urban Fantasy character from another author’s work? Who do you particularly like him/her?

Rush drummer Neil Peart and Kevin J Anderson wrote Clockwork Angels, a novel based on the album. I like Owen in the story because he has ambition and is not satisfied. He is a reacher and embodies the human spirit and pursuit of freedom.
What is your favorite writing tip or quote?

My favorite tip is “writing is rewriting,” and Elmore Leonard says something like “…if it sounds like writing…rewrite it…”

What else have you published?

I have another story published by KYPress; it was in the Peripheral Sex issue. “A Jealous Haint”

Tell us a little about your plans for the future.  Do you have any other stories or books in the works?

I am still working on short stories.  I’m still into that for right now. I do want to do novels again though because it will be better and more familiar now. Guess I got it backwards. Short stories then the novels.

A prowler hovered over the street with its light bars strobing; whirling red then blue. It turned and drifted over an old parking lot where two gas burners were crashed. The gullwing door opened and an officer stepped out onto the pavement.
She was tall, draped in black, had dark sunglasses. Pants tucked into boots. She looked up and down the street but at four-thirty in the morning, in this run down part of the Old City, there was no one to be seen. There were only a few houses that looked lived in.
She opened her tap pad, and walked like a soldier up the street, capturing photos of the evidence. Two sets of tire marks swept through an intersection, the glitter of plastic, polymer and glass on old pavement followed a twisted-helix slide pattern that twirled across the parking lot of a self-serve convenience station and ended at the tires of a Camaro and a Mustang. Both had slid into a brick and stone porch of an old house that had burned down.
Little damage to the porch, severe damage to the Camaro; it was bleeding fluids from all-over. The Mustang didn’t look so bad. It sat with the driver’s door open and one of the tires flat. The Camaro, between it and the porch, took all of the crunch. The officer scanned the VIN numbers through the front windshield and stared at the screen. It beeped and she looked up from the pad to see an old man was making his way over from across the street.
“Happy New Year’s, officer,” an old man said, hobbling closer with a cane, “Big wreck. They slid into that old foundation there. Must not have been hurt too bad, though. Both of ‘em got out and took off. I know. I saw the whole thing.”
The officer looked at her pad, tapped the screen and said, “I will have to take a statement from you. Please remain nearby.”
“I’m on my way over to get my morning coffee at the self-serve. I’ll come right back and give you a statement. You can see I got this cane so wherever I am goin, I’m not gonna be going very fast.”
He laughed, the officer didn’t. But her expression relaxed.
“Happy New Year,” she said, “Go ahead, I’ll make arrangements for a drone transport to come and remove this evidence, then I’ll take your statement. Looks like I need a HazMat cleanup too.
”The old man made his way to the touch screen the size of a door and began to touch out his order. Then he walked with his cane over to another window and returned to the prowler with two cups of coffee, handed the officer one.
“Thank you sir, please have a seat in the prowler” she said, the second gullwing door opened and the old man declined.
“Oh better not, once I get down in there you might have to help me get back out.”
“Very well,” she said.
“You get anything on those burners over there?”
“No. I got nothing on either of these burners, couldn’t scan any prints either.”
“Hmmmm,” the old man said, “I think they had gloves on.”
“I want you to tell me happened in your own words. I’m going to be recording so continue only if you acknowledge. Remember,” she said, “recording.”
“I do acknowledge.”
“Good, Continue please. I understand you saw the wreck and the drivers running away after. That correct?”
“Mmmm. Well, not exactly.”
Posted by Unknown at 3:00 AM