Welcome Kristen S. Walker, author of A Flight of the Marewings. Kristen talks of the woman warrior. If you like what she has to say, enter to win a copy of her book, or go and buy one. 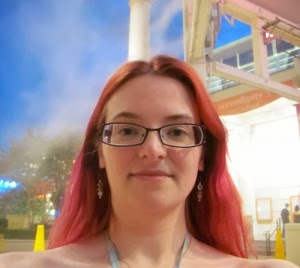 The Controversy of Female Warriors in Fantasy

I grew up in the 90s when “girl power” was a popular catchphrase. I was surrounded by fantastic female warriors: Xena the Warrior Princess and Buffy the Vampire Slayer from television, Alanna the Lioness and Aerin the Dragonslayer from books. Even Disney, known for their passive princesses, released a movie about Mulan, a Chinese woman disguised as a soldier. I eagerly read historical accounts of women like Anne Bonny, Mary Read, and Joan of Arc. I loved to follow the adventures of all these amazing women who could kick butt! (Also, shout-out to my niece-in-law, who joined the Air Force and became a modern female soldier!)

But recently, when I wanted to write about warrior women of my own, I made the mistake of asking for help. And while other writers and fantasy fans had helped me create everything from flying horses to mage-scholars, I received a huge amount of negative feedback when it came to women fighting. I guess I shouldn’t have been surprised at the backlash, given how female combatants are still controversial today, but the vehemence of their responses shocked me. “Those are such a cliche, and they’re not realistic at all,” they complained. “These feminists want to push their agenda into stories, but in a medieval world, real fantasy doesn’t have these fake women warriors.” Here are some of their arguments and my rebuttals.

Women are Weaker Than Men
"So many people forget - or ignore - that the gulf between traditional male and female roles wasn't an accident.”
Whether it’s swinging a sword or drawing a bow, pre-modern fighting needs some amount of strength. And the average woman is smaller and weaker than the average man. But does that mean that women can’t match men in a fight? Not really. Like most human traits, physical strength is distributed on a bell curve. The bell curve for women’s strength is below men’s, but there’s actually a lot of overlap. So there are actually some women, on the high end of the curve, that are stronger than even the “average” man. Not everyone fits perfectly into averages. And we can see that today, while pre-modern fighting techniques and martial arts are more of a hobby than actually used in warfare, there are women who can learn how to wield a sword, joust on a horse in full plate armor, shoot a bow, or become a black belt in karate.

Women Have to Make Babies to Sustain the Population
“If women were allowed to fight in wars, then the whole population would die off.”
It’s true that we do need at least some women to reproduce, and more women than men are needed to produce babies because women take more time and energy to be pregnant and give birth while one man can father children with many women at the same time. But wars are not usually ongoing—you’re not losing half of your population to battles every year (if you are, then there’s bigger problems with your society!) Armies are typically gathered from only a fraction of the population. Why can’t a few women be allowed to join? After all, some women are barren, some women in medieval societies didn’t have children for personal choice—for example, nuns take a vow of celibacy. Not every single woman is needed simply for reproduction 24/7. If you can spare some men, you can spare a couple of women to go with them.

Traditional Values Won’t Let Women Fight
“Ignoring gender differences, while aesthetically more pleasing, is pretty "fantastic" even for fantasy stories.”
Because our society happened to develop in a certain way doesn’t mean that every society has to develop the same way. We can see that there are differences in societies and cultures in our own world. Why does a fantasy world, that exists in a completely different set of circumstances, have to have the same values as ours? In particular, we can think about why certain values might have become a tradition (perhaps because of religion, or a philosopher’s teachings) and then change those specific conditions in our fantasy world. Why not imagine a society that believes women’s maternal instincts make them value human life more than men, so they are better commanders in war because they will make choices with more compassion? Or a society that believes (like modern-day Israel) all young adults should give a certain number of years of service to the military before they can join a profession or start a family? There are many stories to be told out there, and they don’t have to be constrained by a pseudo-medieval Western European clone.

Pushing Modern Values Makes Fantasy Unrealistic
"Almost every woman has felt (to a greater or lesser degree) that experience of being subjugated in some way for having been born with the substandard plumbing. People also write their wish-fulfillment.... Anyone who has felt the aforementioned experience wishes she could do something heroic and spectacular to change it."
Some people think that politics shouldn’t be in fiction. But every choice that you make as a writer comes from what you believe in, and whether conscious or not, the stories you tell reflects your biases. Why do you have to be constrained by the values of a particular time or society? And our ideas of medieval European life aren’t always that realistic because we’re viewing them through a modern lens of books that were written by men. If you dig for the information, there were women warriors in virtually every period of history from ancient Vikings to modern gangs of women in India. Some of them dressed as men to hide from the constraints of their time, but others fought openly, and they were good enough at it that we’re still talking about them centuries later. Is it accurate to say that we can’t have even a few women warriors in a fantasy world that doesn’t even exist when there were real women who fought and killed and died in real wars? And is that really the kind of history that we want to celebrate?

So Here’s My Cliche Feminist Women Warriors
I didn’t let all of the naysayers discourage me and I wrote what I wanted. A Flight of Marewings, the main character Korinna joins a mercenary company called the Storm Petrels. In my fantasy world, the main governments, little city-states, don’t have their own armies, so they hire these mercenary companies to do their fighting for them. Mercenary work is actually viewed as one of the lowest professions in their society, so most of the people who become fighters are driven to it by a lack of other options. But they do allow women who want to join. They’re a minority, but they’re treated equally. And I’m not the first author to do this. Elizabeth Moon used her own experiences as a Marine to write about men and women in a mercenary company in her Deed of Paksenarrion series. I don’t mind following in those footsteps!

A Flight of the Marewings

Korinna's life gets turned upside down when the ghost of her father suddenly appears. Her father was duke of Kyratia City and he wanted Korinna to marry his warlord, the foreign mercenary Galenos, and inherit his title--but the city's Council has other plans. When the Council denies Korinna's right to rule, she decides to join Galenos's mercenary company and tame a wild marewing in order to take the city by force. But people whisper that the late duke's untimely death was murder, an induced madness that forced him to dance himself to death--and now that madness is spreading. Can Korinna become a marewing rider and conquer Kyratia in time to save everyone?

Fantasy author Kristen S. Walker dreams of being a pirate mermaid who can talk to sharks, but she settles for writing stories for teens and adults. Her new novel, A Flight of Marewings, tells the adventure of a duke's illegitimate daughter who must stop her father's murderers--by taming a dangerous monster. A Flight of Marewings is now available in print from Amazon and digitally from Amazon, Barnes & Noble, Smashwords and other ebook retailers. To read a sample chapter or check out Kristen's pirate pictures, please visit kristenwalker.net. You can talk good books, cats, or medieval cooking with Kristen anytime on Twitter (@KristenSWalker) or Facebook.

a Rafflecopter giveaway
Posted by Unknown at 3:00 AM