Today, welcome Erren Grey Wolf, author of the Beneath the Surface series, two of which book are available: The Lost Boy and Long Lost Brother. Come back tomorrow for a sample of her work. 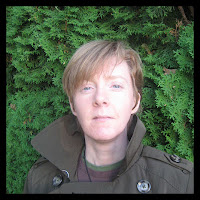 First of all, is Erren Grey Wolf really your name, or is it a pen name?


I legally changed my name to Erren Grey Wolf. My original name was so popular that there were two of us with the same first and last name at the walk-in clinic I used to go to, which made me worried if they ever got our files mixed up! I wanted to have a unique name. Erren is an old word for Ireland, and Grey Wolf is my Totem.


Personally? I have Bipolar Disorder, which I think has made me more creative, but at the same time, it’s a nightmare. I would not be able to function without medicine.


I did not at first want to become a writer. I wanted to be an artist, but after my second breakdown in 2004-5, I had to take Lithium, which made my hands shake. This forced me to quit art school. That was a very painful decision, and I mourned the loss of my artistic talent. However, my creativity demanded an outlet, and I set down to writing the stories I have had in my head since I was a teenager. Once I began writing seriously, my imagination exploded and what started as one paragraph has now become a series of at least 10 books!


Your novel Long-Lost Brother contains poetry between chapters, can you tell us your inspiration for writing it that way?


I wrote about some sorrowful things and poems just sprang naturally from them to describe situations in a different way. My stories inspired my poems. It gives me another way to express my creativity.


You make a lot of references to Norse Mythology in your book. Can you talk about that and how it impacts the novel?


I love mythology. I was quite the nerd in high school and used to spend lunch hours in the library studying mythology. My books have both Celtic and Norse mythology within them. For example: Sean’s disintegrator rifle is called a Gwynn 10 millimetre. Gwynn ap Nudd is the Welsh leader of the Wild Hunt. In the first book, The Lost Boy, Sean has a dream about the Stagman taking him along on the Wild Hunt when he was searching for his brother in the forest. Within the second book, I use the stag as a symbol for Sean, the hunter, as if he were the leader of the Wild Hunt himself. When the enemy captures Erren in the fourth book, Wolfboy, Sean again plays the hunter as he searches for his missing brother.


As for Norse mythology, I named all the planets and the days of the week after Norse gods. In the sixth book, The Dragon Assassin, when Erren is turned into an assassin, he has a Viking 9 mm as a disintegrator handgun to symbolize how Viking marauders used to invade foreign countries to kill. He also has a Surtfyre sword. Surt was the Viking fire giant with a flaming blade and “fyre” is the Norwegian word for “fire.” His blade burns so hot it glows white and can slice through anything.


As yet, I only have the first two books published, but as you can see, I have the series all planned out. Most of it is already written and just needs polishing. I hope to have the third book out by the end of this year.


Your novel contains a mixture of science fiction and fantasy. Can you talk about that blend and what drew you to write in a mixed genre?


I never intended to write in any particular genre at all. I wrote the stories in my head, and they just came out that way. I love science fiction and fantasy stories, so I guess their influence merged into a crossover genre.


You named one of your main characters after yourself. Is this because you saw yourself in him? Or is there some other reason?


When I was a teenager, I had many problems with my Bipolar Disorder, which was at that point undiagnosed. My concentration grew worse in my high school years, and I often could not stay focused on my homework. I ended up many times retreating into a corner behind my desk and just sat there daydreaming about being another person in another place. I daydreamt about the two brothers, Sean and Erren. Erren was always getting into trouble or getting wounded, and Sean was always there to rescue and heal him. Perhaps some part of me wished someone would rescue and heal me. I identified with Erren so completely that I later took his name for my own. When I changed my name, I never realized at the time that I would actually write these stories. Now that I am writing them, it’s kind of weird that one of the characters has the same name as myself, but I wouldn’t change his name to anything else. He is my alter ego.


What other inspirations lie behind your book?


Are your characters based off real people, or did they all come entirely from your imagination?


Erren, of course, is my alter ego. Sean … I don’t know where he came from. Perhaps he is my wiser, Higher Self? Perhaps he is that part of me that is trying to heal me?


Of all the characters you have created, which is your favorite and why?


Sean is my favourite. He is the loving brother I never had. My own brother is a real asshole.


What is the biggest surprise that you experienced after becoming a writer?


That I would write such a huge saga of at least 10 books! I started with a single chapter in an autobiography! That chapter grew so big that I stopped working on my autobiography to work solely on my science fiction/fantasy stories.


Is there any particular author or book that influenced you either growing up or as an adult?


I love J.R.R. Tolkien and Isaac Asimov. I love the Lord of the Rings. That is also based on a mythological story.


Do you have a day job in addition to being a writer?  If so, what do you do during the day?


I write all day, almost every day.


What is your favorite writing tip or quote?


“Fantasy is escapist, and that is its glory. If a soldier is imprisoned by the enemy, don't we consider it his duty to escape?. . .If we value the freedom of mind and soul, if we're partisans of liberty, then it's our plain duty to escape, and to take as many people with us as we can!” J. R. R. Tolkien


Tell us a little about your plans for the future.  Do you have any other books in the works?

My future is to publish all the books in my saga. As I have mentioned, I have about 10 books so far.


Where can we find you online?


Barnes & Noble
Smashwords
Posted by Unknown at 3:00 AM